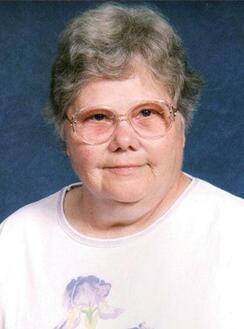 Margaret worked a number of jobs including at Metro-Mail in Seward and Wal-Mart in Seward and York. She was a member of Emmanuel Lutheran Church in York. She enjoyed quilting, making tea towels, collecting coffee cups and gardening.

Preceding her in death were her parents; former husband; and brother-in-law, Donald Moulton.

Funeral services will be held at 10 a.m., Monday, Jan. 12, 2015 at Emmanuel Lutheran Church in York. Interment will be in York’s Greenwood Cemetery. Visitation will be from 4 - 9 p.m. Sunday at the mortuary with the family greeting friends from 6 - 7:30 p.m. that evening. Memorials may be directed to Emmanuel Lutheran School.​