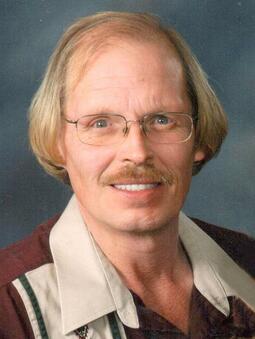 He was born July 9, 1957 in York to Roy and Betty (Smith) Hoffschneider. He was united in marriage to Teresa Green on April 7, 1978 at York. Lynn owned and operated ASAP Appliance and AC Service in Geneva. He was a member of Emmanuel Lutheran Church in York. He enjoyed remodeling and construction projects, was a Koi fish and Indian motorcycle enthusiast. He also enjoyed being surrounded by his family.

Survivors include his wife, Teresa of York; one son, Jared (Jane) Hoffschneider of Bradshaw; three daughters, Jennifer Hoffschneider of York, Jillian (Brandon) Junge of York and Jeana Hoffschneider also of York; 12 grandchildren; two great-grandchildren; one brother, Kim Hoffschneider of McCool Jct.; three sisters, Loretta Bellows of York, Jeanette (Terry) Wittgren of Benedict and Carol Roach and her fiancé Jack Anderson of Genoa.  Also surviving are nieces, nephews, cousins and a host of friends. Lynn was preceded in death by his parents.

Memorial services will be held at 10 a.m. on Thursday, Nov. 5, 2015 at Emmanuel Lutheran Church in York with the Reverend Mike Neidow officiating. Inurnment will be in York’s Greenwood Cemetery. There will be no viewing or visitation as Lynn has been cremated. His family, will however, greet friends Wednesday evening at the mortuary from 6-7:30 pm. Memorials may be directed to the family.​
Condolences may be emailed to Metz Mortuary Messages will be given to the family.