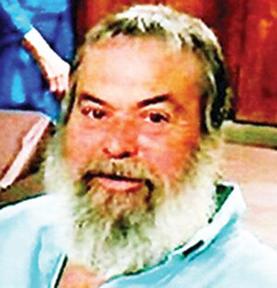 Lyman Lee Williams, age 65, of Henderson, died Monday, March 26, 2018 in Omaha.
He was born July 3, 1952 at Grand Island to Dale H. and Clella G. (Hood) Williams and attended school in LaVista. He joined the Army in 1970 serving his country in Viet Nam and was honorably discharged in 1973. On July 21, 2002, Lyman was married to Jerry Murer at the Comstock Rock Festival in Comstock. Lyman always bragged about having Lynryd Skynyrd play for their wedding reception. After the Army, he worked with his father as an over the road truck driver. He also drove for other companies before starting his own business as an owner-operator and then became a company driver for Trans Wood in 2000. He continued as a company driver for Trans Wood until March 2018. Lyman received several safe driver awards and earned his “Million Miles” award during his career, which was the first “Million Miles” award Trans Wood awarded.
He is survived by his wife Jerry of Henderson; stepchildren, Mikel Cross of Aztec, N.M., Jessica Matlock of Waverly and Chris Perreten and Dani Perreten both of Omaha. His grandchildren include, Caitlin and Reagan Matlock of Waverly and Aspen and Zayden Perreten of Omaha. His mother Clella “Kelly” Williams of Bellevue; sisters, Pat (Rod) Matlock of Thayer, Denise Jones of Bailey, Colo.; brothers, Kelly Mike Williams of Hampton and Steve (Tami) Williams of Valley; nieces, nephews and great-nephews.
He was preceded in death by his father and his brother Jeff.
Memorial services are scheduled for 2 p.m., Friday, March 30, 2018 at the Metz Chapel in York. Private family inurnment will be held at a later time in the Precept Cemetery, Alma. No viewing or visitation. Memorials may be directed to Henderson Healthcare Services in Henderson.