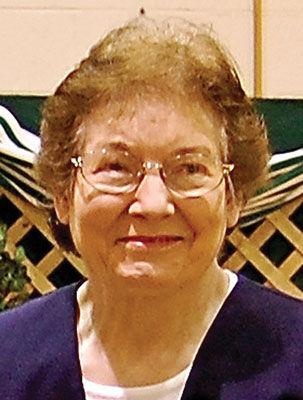 Funeral services will be held at 2 p.m., Thursday, Dec. 4, 2014 at the Metz Chapel in York, with Pastor Stan Davis officiating. Visitation will be one hour prior to the service. Interment will follow in the Exeter Cemetery in Exeter.

Luene is survived by her husband, Robert of York; sons and daughters-in-law, Mark and Kay Rogers of Grand Island and Bradley and Kathryn Rogers of Norfolk; grandchildren, Amanda Rogers of Axtell and Michael Rogers of Grand Island; step-granddaughter, Rachel Scarrow of Lincoln, Tony Rogers and David Rogers of Senora, Calif.; brother, Lee and Mary Shaw of Atlanta, Ga. and nieces and nephews.

Luene was a graduate of Benedict High School. She was united in marriage to Robert W. Rogers on Sept. 4, 1960 in York. Luene was a loving wife, mother and grandmother. Her life revolved around her family and their care.

She was an avid collector of antique dolls and Hummel figurines. She had a green thumb with her houseplants, which she enjoyed very much. She was a strong person and persevered through her heart problems and health issues she had throughout her life.

Luene was preceded in death by her sister, Jeanine and her parents.