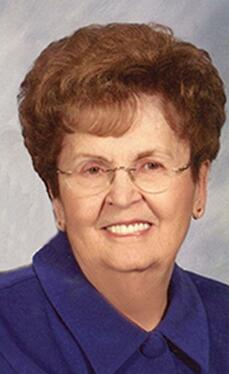 On April 6, 1947 she married Walter Heine. They were blessed with three sons, Larry, Ralph and Virgil; along with eight grandchildren, and 11 great-grandchildren. Walt and Lucille lived on the farm south-west of Thayer where they raised their family, farmed, raised hogs, cattle, chickens, and ducks. She enjoyed living on the farm, cooking, gardening, sewing, and having coffee with friends.

She was preceded in death by her husband; parents; brothers, Donald and Richard (Jnel) Gruber; brother-in-law, Alvin Ehlers; grandniece, Debra Nielsen and great-grandson, Cooper Stewart.
​
Funeral services are scheduled for 10 a.m., Friday, Aug. 18, 2017 at Faith Lutheran Church, York with the Reverend Dr. Heath Trampe officiating. Burial will follow at the Zion Lutheran Cemetery in Thayer. Visitation will be held from 5 – 9 p.m. on Wednesday and 9 a.m. - 9 p.m. on Thursday, with family greeting friends Thursday evening from 6 - 7:30 p.m. Memorials may be directed to the Lutheran Hour, Faith Lutheran Church, or to the family for later designation.