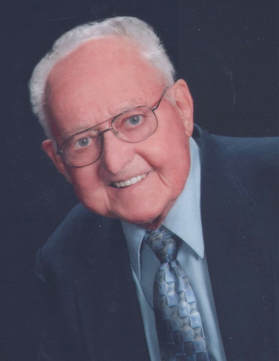 Loyal was born on October 15, 1932 to August and Sarah Schmidt in Dalmeny, Saskatchewan as the youngest of eleven. Shortly after, the family moved to British Columbia.  Taking responsibility for his father’s dairy cows and leading construction crews at a young age, fostered the strong work ethic and commitment to excellence that characterized his life.

Loyal received the call to missions while attending Millar Memorial Bible Institute in Pamburn, Saskatchewan. A few months later, he arrived in the Republic of Congo as a missionary builder constructing schools and hospitals. While there, he met Donna Williams, a mission nurse. They were married on March 14, 1957. Their first child was a stillborn daughter, Charlene. They became parents of three sons: Allen, Les, and Steve during their time on the mission field.  Loyal and Donna faithfully served during multiple rebellions and evacuations.  In 1963, rebel forces captured Loyal and held him for a few days. They resettled in California in 1964 where their youngest, Mike, was born.
They relocated to Omaha, Nebraska in 1966. Loyal worked at Grace Bible Institute, later known as Grace University. In 1971, Allen and Les were kidnapped and Allen was killed. Through this difficult time, Loyal and Donna tangibly lived out Christ’s hope and forgiveness.

Loyal then became a pastor and the family moved to Saskatchewan where he led churches in Langham and Rhineland, designing and building houses for many in the community. Loyal served his congregation all week, giving the gift of his time and practical assistance. He was never one to be afraid of getting dirty and sweaty to help someone.

In 1985, with their sons now in college, Loyal and Donna moved to Henderson to take on the leadership of Grace Mission. Loyal loved his wife, his sons, and their families well never passing on golf, cards, or the chance to grill his famous steaks. Shortly after the passing of Donna in 2014, Loyal moved in with Mike’s family in Omaha. On July 13, surrounded by his family, his beloved Savior called Loyal home.

Funeral services are scheduled for 2:00 pm, Tuesday, July 17, 2018 at the Faith Evangelical Bible Church, Henderson with the Reverend Michael Fink officiating. Burial will follow in the Faith Evangelical Bible Cemetery, one mile south of Henderson. Family will greet friends at the church prior to services from Noon until 1:30 pm. Memorials may be directed to Grace Mission.
​
Condolences may be emailed to Metz Mortuary Messages will be given to the family.
Find our featured Mortuary in Family Services, Funeral Services and Grievance Services featured as a York, Nebraska Business in York Marketplace.
Location: Metz Mortuary | 109 South Lincoln Ave | York, Nebraska 68467 | Phone: 402-362-3351