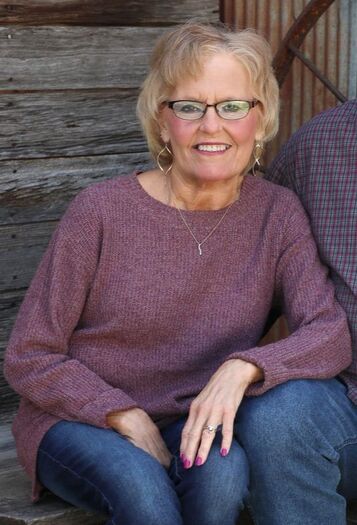 Lori was a homemaker and she enjoyed flowers, decorating, collecting Boyds Bears, and everything George Strait. She was a member of the Eagles Club. Lori loved her grandchildren and family passionately.

She is survived by her husband Harry Miller of York, her sons Andy Moser of York, Tim (Jacquelyn) Moser, and their children Reuben, Eden, Gethsemane, and Naaman, all of Osceola, NE, step-sons Joey (Jackie) Miller of Exeter, NE, and their children Cody, Ashley, and Meghan,  Jamie Miller and his children Brooke and Ty, four great-grandchildren, her sisters Linda Knoell of Fairmont, NE, and Monica (Lanny) Cross of York. She is also survived by a host of nieces, nephews, cousins and friends.

She was preceded in death by her parents, in-laws Bernard and Ruth Miller, and brother-in-law Roger Knoell.

Funeral services are scheduled for 2:00 p.m., Tuesday, January 10, 2023 at Metz Chapel in York. Interment will follow at Greenwood Cemetery in York. Visitation will be held from 1-8 p.m. on Monday, with the family greeting friends from 5-8 p.m. that evening, all at Metz Mortuary in York. In lieu of flowers and plants, memorials may be directed to the family for later designation.