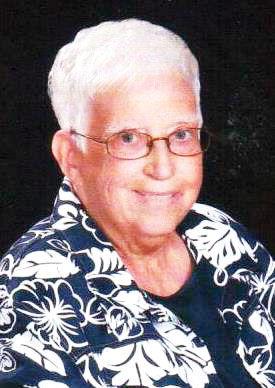 She was born Oct. 18, 1944 in York to James and Mildred (Steube) McGowan. She was united in marriage to Edward Teinert on April 12, 1969 in McCool Jct. Loretta had worked at hospitals in Geneva and York and also at Fairview Manor in Fairmont.

She was a member of St. Joseph Catholic Church in York, the American Legion Auxiliary in both York and McCool Jct. and Coffee Klutch. She was a 4-H leader for many years, a Master Gardener and enjoyed crocheting, baking and working in her yard. She loved spending time with her grandchildren and attending their activities.

Left to cherish her memory is her husband Edward of York; three sons, Sean (Alicia) Teinert, Patrick Teinert of Lincoln and Matthew (Melissa) Teinert of Waverly; grandchildren, Lauren Teinert of Seward, Cameron, Talan, Gavin and Brekken Teinert all of Lincoln, Macilyn, Madilyn, Maxton and Millie (on the way) Teinert of Waverly and one great-grandson, Braxton Swantek of Seward. Loretta is also survived by one sister, Barbara (Gaylord) Songster of York and two brothers, James McGowan Jr. and Lawrence (Mary Jo) McGowan of McCool Jct.

Loretta was preceded in death by her parents and infant sister Teresa.

A Mass of Christian Burial will be held at 10 a.m. Wednesday, Jan. 20, 2016 at St. Joseph Catholic Church in York with the Reverend Monsignor James Reinert officiating. Interment will follow in St. Joseph Cemetery, York.