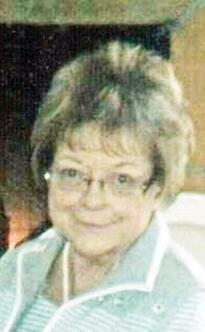 Loretta “Lori” M. Ehlers, age 68, of York, died Sunday, Oct. 8, 2017 at York. She was born Nov. 3, 1948 in York to Kelso and Josephine (Junge) Cotner. On July 13, 1968 she was united in marriage to Frederick Ehlers also in York.
Lori worked as a Pre-School Teacher for Bradshaw and Hampton Public School, and she owned and operated the Garden Gate Tea Room and Gift Shop in York. She enjoyed arranging flowers, rock painting, cooking, baking and spending time with her family. She was a member of the Yorkshire Playhouse, served on the Zion Lutheran Church Council, and was a member of the “Women of the Evangelical Lutheran Church of America.”

Funeral services are scheduled for 10 a.m. Friday, Oct.13, 2017 at the Zion Lutheran Church in Benedict, with the Reverend Kimberly Belken officiating. Interment will follow at the Pleasant Hill Cemetery near Benedict. Closed casket visitation will be held from 1 - 8 p.m. Wednesday, Oct. 11, and then from 9 a.m. - 8 p.m. on Thursday. Her family will greet friends from 6 – 7:30 p.m., Thursday evening at the mortuary. Memorials may be directed to the Nebraska Children’s Home or to the Zion Lutheran Church, Benedict.
​
Condolences may be emailed to Metz Mortuary Messages will be given to the family.
Find our featured Mortuary in Family Services, Funeral Services and Grievance Services featured as a York, Nebraska Business in York Marketplace.
Location: Metz Mortuary | 109 South Lincoln Ave | York, Nebraska 68467 | Phone: 402-362-3351