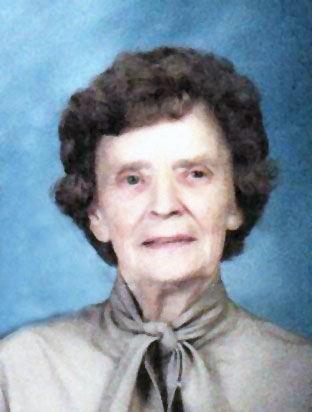 She was baptized and confirmed at Salem Lutheran Church in Nelson and graduated from Nelson High School in 1939. She worked in secretarial positions in Nelson, Lincoln, Hebron and Grand Island. She spent many happy hours with the Boy and Girl Scout troops and Sunday School classes. She especially enjoyed her flowers and traveling to see her grandsons.

Survivors include her husband, John of York; their children; sisters-in-law, Rose and Jean Schleif; brother-in-law, William Biggs and many nieces, nephews and cousins. Lorena was preceded in death by her parents; her sisters, Juanita and Aletha and brothers Marvin and Lin.

Services will be held Thursday, Sept. 24, 2015 at 10 a.m. at First Evangelical Lutheran Church, 1211 East 14th Street, York, NE, 68467. Interment will be in York’s Greenwood Cemetery. Visitation will be one hour prior to the service at the church.​