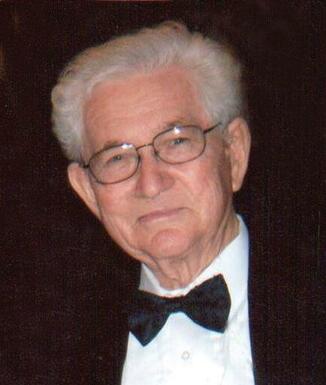 He was born on Feb. 11, 1935 to Martin H. and Emma (Meier) Wiemer in York. He was baptized into the family of God at St. John’s Lutheran Church Waco on March 17, 1935. Loren attended South St. John’s School for his elementary education. He was confirmed on March 21, 1948 at St. John’s. His confirmation verse was Psalm 23:1. He attended high school at Waco Public School.

On April 17, 1960 he married Justine Mary Hoffschneider. They lived on a farmstead south of Waco for 55 years. They were blessed with two sons and twin daughters.

Loren was involved in agriculture his entire life —farming, cattle feeding, crop insurance sales and adjusting. He was very involved in St. John’s Lutheran church serving on various boards and the building committee for the fellowship hall. He also served on the Waco Volunteer Fire District Board for 21 years. Loren and Justine also owned and operated “Wiemer Catering”.

Loren loved his family and took great pride in attending his grandchildren’s activities. He enjoyed playing Pinochle with friends and neighbors, fishing with the grandsons and sharing stories. You could always find him every week night at 6:30 watching Wheel of Fortune.

He is survived by his wife, Justine of Waco; son, Byron and his wife Jody of Utica; daughter, Denise and husband Paul Kopcho of York, NE; daughter Danielle and husband Dan Kucera of Utica and son, Craig of Grand Rapids, Mich. He had the joy of nine grandchildren: Briianne (Brian) Imig of Seward; Justin Wiemer of Omaha; Eric Wiemer of Lincoln; Kelsey (Jeff) Pieper and Kinsley (Jeff) McKinney all of York; Kendall and Keaton Kucera of Lincoln; Lauren Wiemer of Kansas City, Mo. and Trey Wiemer of Omaha. Great-grandchildren include Teagen and Baby Imig of Seward; Odelia and Oliver Pieper and Leyen McKinney all of York. Loren is also survived by his sister and brother-in-law, Iva Lou and Norman Wellmann and brother and sister-in-laws, H.P and Coleen Hirschfeld, Mike and Jan Hoffschneider, Maurice and Beth Hoffschneider and Wayne and Peggy Heine. Loren also leaves behind many nieces and nephews and a host of relatives and friends.

Preceeding him in death are his parents, Martin and Emma Wiemer and parents-in-law, Orville and Ruth Hoffschneider.