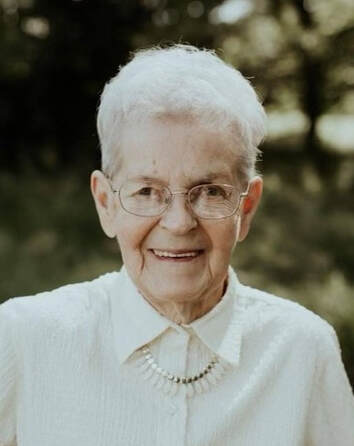 Lois and Duane enjoyed traveling with Duane’s brother, Dale and his wife, Leona; gardening, dancing and playing cards with friends. They celebrated their 54th wedding anniversary in 2005.

In 2015 Lois moved to Willowbrook and later moved to the Hearthstone where she liked playing bingo and attending chapel services.

She was preceded in death by her husband Duane, parents, daughter Connie, and sister Dona.

Memorial services are scheduled for 10:30 a.m., Thursday, November 17, 2022, at Faith Lutheran Church in York, with the Reverend Ben Francisco officiating. Private family inurnment will be at a later date in the Plainview Cemetery.  Memorials may be directed to Faith Lutheran Church, or Wessels Living History Farm in York.