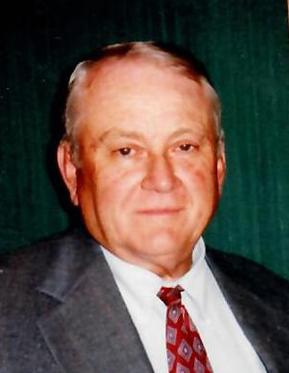 Gilbert Lindley Kessler, age 87, of Gresham, NE, died Monday, October 29, 2018 at York, NE. Lindley was born December 30, 1930 to Gilbert and Aster (Lindstrom) Kessler at York.  He was a graduate of Gresham High School.  On June 28, 1953, he was united in marriage to Wilma Kirby at Gresham. Lindley was a life-long farmer.

Lindley was a member of Gresham Presbyterian Church and also Presbyterian Mariners. He enjoyed anything antique, but especially going to antique car and threshing shows. He was a member of the Missouri Valley Wrench Club and was a history buff (especially local history). He had a tremendous knowledge of antique cars and tractors which he loved to visit about with anyone interested in the hobby.

He was preceded in death by his parents, wife, Wilma, and son John.

Funeral services are scheduled for 2:00 pm, Friday, November 2, 2018 at Gresham Presbyterian Church with John Nellessen officiating. Burial will follow in Cedar Lawn Cemetery, Gresham. Memorials may be directed to the family for later designation. Visitation will be held from 4pm-8pm Wednesday and 9am-8pm Thursday, with family greeting friends Thursday evening from 5:30pm-7:30pm at the mortuary.