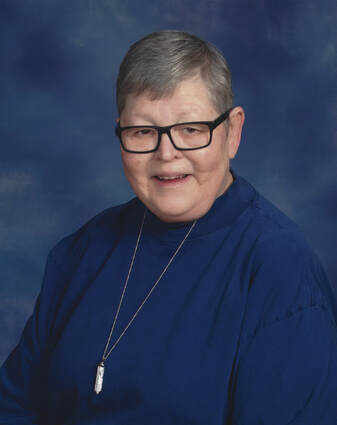 Linda was a long-time member of the First Presbyterian Church. She received her teaching degree from Hasting College in Hastings, NE and taught kindergarten at Lincoln Elementary in York before becoming a long-term substitute teacher. She was co-owner and manager of Toms Dairy Treats & Sandwiches, worked at ALCO, and at York General Hospital, first as an aide and later in the pharmacy until retirement. Linda loved spending time with her grandchildren and her dogs Max and Abby. She was a voracious reader and enjoyed her flowers.

She was preceded in death by her husband Arthur and her parents.
​
Private family inurnment will be held at a later date at Greenwood Cemetery in York. Linda chose cremation. No viewing or visitation. Memorials may be directed to York Adopt-A-Pet.
​
​Condolences may be emailed to Metz Mortuary Messages will be given to the family.
Find our featured Mortuary in Family Services, Funeral Services and Grievance Services featured as a York, Nebraska Business in York Marketplace.
Location: Metz Mortuary | 109 South Lincoln Ave | York, Nebraska 68467 | Phone: 402-362-3351