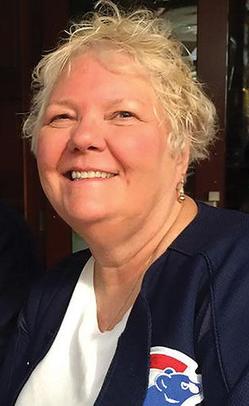 Linda S. Dawson, age 68, of Lincoln, died Sunday, Dec. 3, 2017 at Lincoln. Born April 1, 1949 in Peoria, Ill. to Robert L. and Burnell I. (Keebaugh) Tobey, Linda graduated from Pontiac High School (Illinois) in 1967 and attended the University of Illinois, earning her Bachelor’s degree in Journalism, with a minor in Music.
She married William J. Harrison in August 1972 and had two children, Christina (Harrison) Nevitt and Jeffrey Harrison. After divorcing in 1982, she married Dave Dawson in 1988 and had one son, Eric Dawson.
As a reporter and editor for the York News-Times, Linda was active in the community and many professional organizations. When she retired in 2013, she was editor of The Illinois School Board Journal for the Illinois Association of School Boards in Springfield, Ill, and resided in Decatur, Ill.
Linda is survived by daughter and son-in-law, Christina and Michael Nevitt of Lincoln; sons, Jeffrey Harrison and partner Patrick Hartman of Lincoln and Eric Dawson of Charleston, Ill.; grandsons, Noah and Drew Nevitt of Lincoln; brother and sister-in-law, Robert and Cindy Tobey of Lincoln and brother, James Tobey of Los Angeles, Calif.; nieces, Nicole and Mikayla Tobey and nephews, Matthew, Nathan, Nolan and Robert Tobey, all of Lincoln.
She was preceded in death by her parents.
Memorial services are scheduled for 10 a.m. Friday, Dec. 8, 2017 at Metz Mortuary in York with the Reverend Dr. Andrew McDonald officiating. Inurnment will follow in Cedar Lawn Cemetery, Gresham. Cremation. No viewing or visitation. Memorials may be directed to the family for later designation.