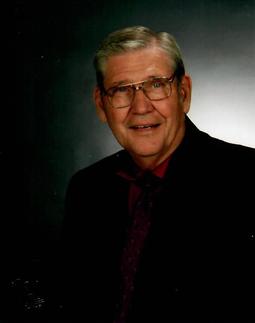 Les was a builder, businessman and master of many trades. The center of Les’ world was family with community a close second. He had a true zest for life that was contagious to all who knew him. Born in Houston, Texas on September 9, 1930, he graduated from Deer Creek High School, Oklahoma in 1948. He was stationed at Sheppard Air Force Base in Wichita Falls, Texas from 1949-1953 where he was an instructor. He continued on to receive a Master’s at Sul Ross State University in Alpine, Texas in 1958. He advanced his career in education as teacher and administrator including Superintendent of the first vocational technical school in Oklahoma and Director of Vocational Education for the State of Alaska living in Juneau in 1968. He forever remained captivated by Alaska.

In York, Les and Rowena owned and operated Batterton Home Improvement for three decades. Using his talents, Les was able to help the York community to better their lives and homes. As a master craftsman he enjoyed furniture building and bringing new life into garage sale treasures. He was the face and spirit of Santa Clause in York for over 30 years. One of Les’ favorite volunteer associations was working with the Nebraska State Roadside Assistance Program. As member of Emmanuel Lutheran Church, where he and Rowena were wed, Les served on numerous Boards, taught Sunday school, served as an Elder and loved ushering and reading. He was a devout Christian. The common thread through Les’ life was his ability to help others find their better selves.

Funeral services are scheduled for 2:00 pm, Saturday, June 16, 2018 at Emmanuel Lutheran Church. Pastor Ben Kaiser officiating. Visitation will be held from 1-8:00 p.m., Friday. Everyone is invited to a time of fellowship and lunch following the committal service at York Greenwood Cemetery.  Memorial donations may be given to the Emmanuel Lutheran Church and School, York, NE. The family of Lester Batterton wishes to thank Pastor Mike Neidow and Pastor Ben Kaiser as well as Tabitha Hospice Care.