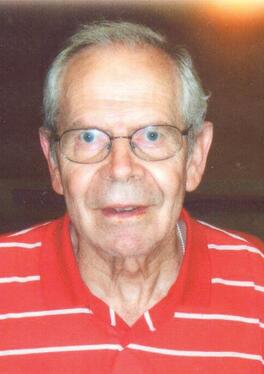 He was formerly of the Henderson/Hampton area and had been a resident of the Hearthstone for the past four years. Pete was born Oct. 7, 1940 to Herman and Susie (Hiebert) Friesen at their home west of Henderson. He graduated from Henderson High School in 1958.

In 1960 he graduated from Milford Vocational Technical School with a degree in Auto Mechanics. He worked at Stuhr Motors and Midwest Irrigation in Henderson, Kroy Metals and Geis Motors in York and Steve’s Body Shop in Hampton.

In 1968 he married Rita Wilson in York. They lived on the family farm for 26 years, where he also farmed. Due to failing health, they moved to Hampton in 1994. In the summer of 2011, he entered the Hearthstone with Rita moving to York so she could visit him every day.

Pete never complained about his struggles with Parkinson’s Disease but faced it with the courage and grace received from his trust in God. He loved his Lord Jesus and never missed church and being with other believers as his health allowed.

Pete enjoyed anything having to do with cars, and had restored many old Ford F100 pickups from the chassis up, some of which are still being driven today. He also was a coin collector and animal lover.  He was an avid sports fan, especially Nebraska football. Pete had a wonderful sense of humor and was a loyal husband and a good friend to many.

Surviving are his wife, Rita; sister and brother-in-law, Susanna and Menno Classen of Aurora; four nieces; one nephew and many friends. He was preceded in death by his parents.

Memorial services will be held at 10:30 a.m., Saturday, April 18, 2015 at Arbor Drive Community Church in York. Cremation has taken place and there will be no viewing or visitation. ​