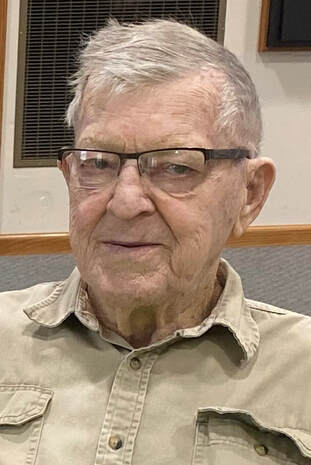 LeRoy was a member of the Living Hope Church in Henderson, and was a long-time farmer in Hamilton County. He was on the Tabor College Board of Directors from 1968-1997.

He was preceded in death by his parents, his brothers Marvin, Larry and Norton, and his sister Grace.

Graveside services will be held at 9:45 a.m., Thursday, December 8, 2022, at the Living Hope Cemetery at Henderson, followed by the Memorial service at 10:30 a.m., at the Living Hope Church, Henderson, with the Reverends Luke Haidle and Stuart Pederson officiating. Visitation will be from 3-9 p.m., on Wednesday, with the family greeting friends from 7-9 p.m., that same evening at Metz Mortuary in Henderson. In lieu of flowers, memorials may be directed to Tabor College, 400 S. Jefferson, Hillsboro, KS 67063, or give online at: https://tabor.edu/alumni-friends/give-online.