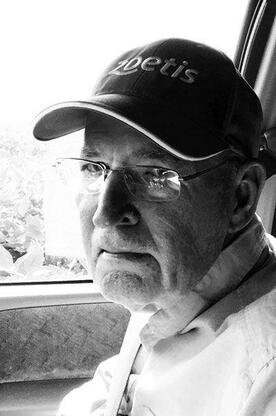 He was born Dec. 24, 1934 to Walter E. and Pearl S. (Dey) Nienhueser at Hastings. On Jan. 1, 1935 Leon was baptized at Zion Lutheran Church (Wanda) near Kenesaw. In the spring of 1945, the Nienhueser family moved from the farm near Kenesaw to a farm southeast of Gresham. He attended the Immanuel Lutheran church and parochial school north of Utica and was confirmed on May 9, 1948. He attended and graduated from Gresham High School on May 13, 1952. Leon served in the United States Army from 1957-1959, and was in the Reserves until 1963.

On April 23, 1961, Leon was united in marriage to Ines J. Ehlers at St. John Lutheran Church, Waco. To this union two children were born, Byron and Diane. Their family farmed in the Utica area. Leon’s life was God, family, and farming. As a member of St. John Lutheran Church, he served as Trustee and Elder. He was on the Farmer’s Gas and Oil Board of Directors (Utica) and was a member of the American Legion Post #49 (Utica).

He is survived by his son, Byron (Carol) Nienhueser of Beaver Crossing and daughter, Diane (Ron) Kulwicki of St. Paul; two grandchildren, Spencer and Amanda Kulwicki; three step granddaughters, Kari, Kayla and Shianne Kolts; sister-in-law, Pearl Blum of York; his nieces and nephews and other relatives.

He was preceded in death by his wife Ines in March of 1999; his parents, Walter and Pearl; one brother, Kenneth Nienhueser; his father and mother-in-law, Fred and Emma Ehlers and brother-in-law, Gerhardt Blum.

Funeral services are scheduled for 10 a.m., Wednesday, Oct. 12, 2016 at St. John Lutheran Church in Waco. Burial with military honors will follow in the church cemetery. Memorials may be directed to the family for later designation. Visitation will be held on Monday from 3 – 8 p.m., Tuesday from 9 a.m. – 8 p.m., with family greeting friends Tuesday evening from 6 – 8 p.m. at the mortuary.​