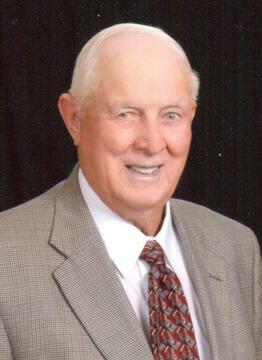 He was born Feb. 14, 1923 at Waco to George and Amalia (Naber) Gloystein. He was a lifelong farmer in the Waco/Utica area. On March 28, 1948 he was united in marriage to Eleanor Blum at rural Waco. Lawrence was an active member of St. Paul Lutheran Church in Utica. He enjoyed bowling, woodworking, and reading.

He was preceded in death by his parents; wife; one sister, Dorothy Heiden; two sisters-in-law, Ruth Gloystein and Eileen Gloystein and one brother-in-law, Jerry Heiden.

Funeral services will be held at 2 p.m. on Friday, Nov. 20, 2015 at St. Paul Lutheran Church in Utica with the Reverend John Dunbar officiating. Interment will be in the Utica Cemetery.

Visitation will be from 6-9 p.m. Wednesday and from 9 a.m. – 9 p.m. Thursday at the mortuary. The family will greet friends Thursday evening from 6:30 – 8 p.m. Memorials may be directed to St. Paul Lutheran School in Utica. ​
Condolences may be emailed to Metz Mortuary Messages will be given to the family.