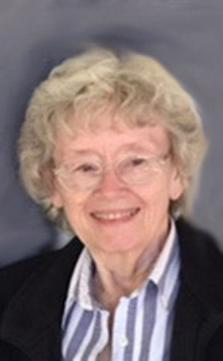 LaVonne Lois Thiessen, 76, of Henderson, passed away Wednesday,Jan. 24, 2018 in her home in Henderson.
LaVonne Lois Thiessen was born to Felix and Viola (Gehring) Stucky on July 12, 1941 in Wichita, Kan.
She attended the Eden Mennonite Church in Moundridge, Kan. where she was baptized on June 9, 1957. She attended Turkey Creek School, a country school through the 8th grade. She graduated from McPherson High School in 1959 and then attended business school at Brown Mackie School of Business in Salina, Kan. in 1960. LaVonne worked for the l-W office and was the secretary in the Arvada Mennonite Church in Arvada, Colo. After moving to Henderson, she cleaned the Bethesda Mennonite Church for many years with the help of her children and she did bookkeeping and much volunteer time was spent at the Henderson Mennonite Heritage Park.
She was married to Leland (Lee) Ray Thiessen at the Eden Mennonite Church, Moundridge, Kan. on Dec. 10, 1960. The two of them lived in Colorado for 7 years prior to moving to Henderson. They had four children, Wade Kent, Constance (Connie) Jo, Jac Lee and Tamara (Tammy) Kaye.
LaVonne was a longtime member of the Bethesda Mennonite Church in Henderson. She and Lee loved their travels to many ballgames, concerts and programs of their eleven grandchildren and great-grandchildren. They had a home in Lincoln and Henderson so they could take part in as many events as possible. She was a part of the Henderson Mennonite Heritage Park since the beginning in 1995. She enjoyed learning the history and genealogy of Mennonites and the development of the Park and meeting all the visitors that stop in for a tour. The grandchildren have special memories of cinnamon rolls, peppernuts and nutcrackers with their grandma.
She is survived by her husband, Lee Thiessen of Henderson; son, Wade (Lisa) Thiessen of Lincoln; daughter, Constance (Joel) Heinrichs of Henderson; son, Jac (Sugar) Thiessen of Omaha and daughter, Tamara (Glen) Riedel of Lincoln. Her grandchildren include: Nicholas (Taylor) Heinrichs of Henderson, Micah (Mariah) Thiessen of Pipestone, Minn., Nathan Riedel of Lincoln, Caleb Thiessen of Lincoln, Jordan Heinrichs of Henderson, Abby Riedel, Noah Thiessen, Daniel Riedel all of Lincoln, Jesse Thiessen of Omaha, Lilly Riedel of Lincoln and Christopher Thiessen of Omaha, and great-grandson, Dawson Wild and great-granddaughter, Piper Heinrichs both of Henderson. She is also survived by her brothers, Robert (Donna) Stucky of McPherson, Kan. and Wayne (Carole) Stucky of Topeka, Kan. Also surviving is her sisters-in-law, Lois Williams of Wichita, Kan. and Marian Thiessen of Dexter, Mo. and a brother-in-law, Monroe (Carol) Funk of Salina, Kan. Nieces, nephews anda host of friends.
She was preceded in death by her parents; sister-in-law, Delma Funk; brothers-in-law, Arlie Thiessen and Larry Williams.
She will always be remembered for her love of her grandchildren and her love and devotion to the Henderson Mennonite Heritage Park.
The family wishes to thank you for your prayers and support.
Graveside services will be held at 12:15 p.m. Saturday, Jan. 27, 2018 at Bethesda Mennonite Cemetery, Henderson. Memorial services will follow at 1 p.m. at Bethesda MennoniteChurch in Henderson with the Reverend Jim Voth officiating. Closed Casket visitation will be held from 1 - 9 p.m Friday, with family greeting friends that evening from 6 - 8 p.m. at the mortuary in Henderson. No public visitation on Saturday. Memorials are directed to the Henderson Mennonite Heritage Park.
Metz Mortuary, Henderson is handling arrangements.