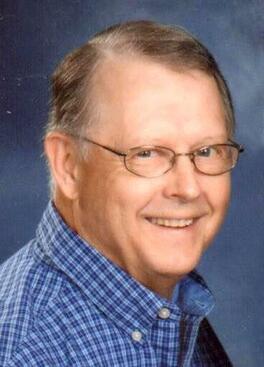 He was born May 2, 1946 in York to Donald and Vivian (Johnson) McCall. Following high school, he served in the US Army in Vietnam from 1966 until he was honorably discharged in 1968. Larry and Dorothy Runquist were united in marriage on June 19, 1971 in Osceola.

Three children, Chad, Scott and Alicia, were born to this union. Larry worked at Champion Home Builders in York and most recently at the York Middle School in the maintenance department where the students and staff brought him much joy. He was a member of St. Joseph Catholic Church in York and a past commander of the York American Legion. He enjoyed bowling, golfing, fishing, hunting and was an avid York Duke and Husker fan. He coached little league teams for several years and especially enjoyed spending time with his wife and family.

A Mass of Christian Burial will be held at 2 p.m., Monday, June 29, 2015 at St. Joseph Catholic Church in York. Interment will be in St. Joseph Cemetery southeast of York. A Rosary Service will be held Sunday evening at 6 p.m. at Metz Mortuary. Visitation will be from 1-9 p.m. on Saturday and Sunday at the mortuary. The family will greet friends one hour prior to the Rosary. Memorials may be directed to the family for later designation.    ​