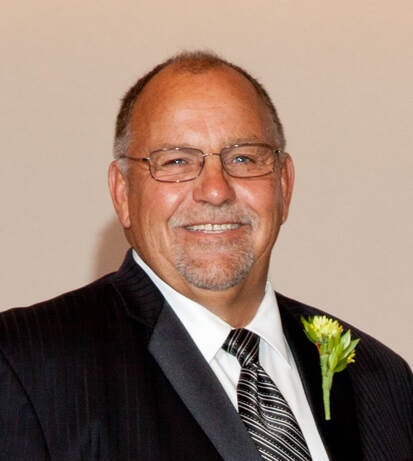 Larry John Friesen, age 75 of Hampton, NE died on Tuesday, June 21, 2022 at his home. He was born on September 9, 1946 at the hospital in American Falls, Idaho to Henry and Louise (Isaak) Friesen. The youngest of seven children, Larry loved telling the story of how after his next oldest twin brother and sister were ready to go to school, his mother told his father that she wasn’t ready to be home alone yet – thus Larry was born!

Larry grew up in the Aberdeen area and their family moved many times from farm to farm as his dad worked for the farmer and was provided a home for their family.

Hard work was common growing up in potato country. Larry would move sprinkler pipe during the irrigating season before and after school. A great memory also was when the school would let out for two weeks so the students could help with harvest.

During high school and after, he worked for Vern Thiessen in town at his gas station and tire shop. He graduated from Aberdeen High School in 1964 and then attended Idaho University for a short time and also Bethel College for a short time.
The family were members of First Mennonite of Aberdeen where Larry was baptized.

Larry married Beverly Friesen in 1969 and to this union three children were born: Melissa, Amber, and Christopher.  The family were members of Bethesda Mennonite Church in Henderson, where he served as an usher for many years.

Larry farmed for a short time in the Henderson area and owned Larry J’s Construction. In 1989, he purchased A & L Sales and was proud to start the business over under his name. He became a Chief, DMC, NECO, Hutch/Mayrath, and Sukup dealer. During this portion of his career, he became a member of the Chief President’s Club, inducted into the Chief Hall of Fame, and served on the Chief Advisory Council. He received various Top Volume Dealer and Builder of the Year Awards and several Project of the Year Awards.

Larry loved his customers. Many of his customers could attest to the fact that if they had experienced a loss or other tragedy in their family and work was done on their farm by Larry and his crew that year, they would receive a bill marked “no charge”. That’s just how he was – honest and compassionate.

Larry had been a member and EMT for the Henderson Volunteer Fire Department and on the Henderson Telephone Board (before Mainstay). He was currently a member of Bethesda Mennonite Church in Henderson.

In May of 2004, Larry married Teresa (Troester) Klipp and gained the Klipp boys. He loved them like his own and felt their reciprocation of love, especially when his health began to fail and they helped Teresa in any way they could to make life easier, so they could still be together as often as possible.

Larry and Teresa looked forward to their long one-week trips in Arizona during the winter months to visit his brothers, which eventually became the entire winter. They loved their annual summer trips to Idaho to help his brother Jim make sausage and render lard, always ending in a stay in Yellowstone and Jackson, WY on the way home.

Every year of their married life together, Larry and Teresa traveled on an incentive earned Chief trip and other company trips.

Larry is survived by his wife Teresa of Hampton, stepchildren: Greg (Kristina) Klipp of Aurora, NE, Tim (Joseph) Klipp-Lockhart of Washington D.C., Jon (Morgan) Klipp of Malcolm, NE and grandchildren: Tinsley and Hudson Klipp and Hayden, Bryn, and Nelson Klipp, who lovingly referred to their grandpa as Dandy Papa. He is also survived by his children: Melissa (Zachary) Sloan of Colon, NE, Amber (Chris) Koehn of Hesston, KS, and Chris (Jennifer) Friesen of Mons, Belgium and grandchildren: Bowman Sloan, Alex, Emily, and Joshua Koehn, and Henry and Viola Friesen.

Larry is also survived by his siblings: Jim (Leone) Friesen of Idaho, Don (Elaine) Friesen and sister Mildred (Stan) Schmidt, all of Washington, many nieces, nephews, and so many friends, including special friends: The Bauerlein’s of Munich, Germany.
​
He was preceded in death by his parents and brothers: Vernon, Leo, and Melvin.

Memorial services are scheduled for 10:00 am, Monday, June 27, 2022 at Emmanuel Lutheran Church in York. Private inurnment will be held at a later date. Cremation. No viewing or visitation. In lieu of flowers and plants, memorials may be directed to Bethesda MCC Meat Canner.