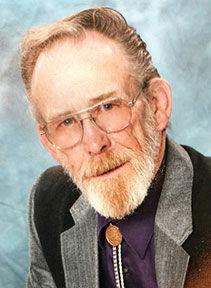 He was born Feb. 26, 1945 in Concordia, Kan. to Howard and Norma (Hillers) Galaway. He was a member of the U.S. Navy and served during the VietNam War. Larry and Alice McCall were united in marriage on Jan. 22, 1966 in York. Larry was a lifelong farmer in the McCool Jct. area. He enjoyed kayaking, rodeos, fishing, trapping  and was a baseball coach and scout master. Larry loved his family and enjoyed attending his grandchildren’s events.

Funeral services will be held at 10 a.m., Friday, Dec. 4, 2015 at the Metz Chapel in York. Military graveside services will follow in the McCool Cemetery. Visitation will be from 5-9 p.m. Wednesday and from 9 a.m. - 9 p.m. Thursday at the mortuary. The family will receive friends from 6-8 p.m. Thursday evening. Memorials may be directed to the family for later designation.​