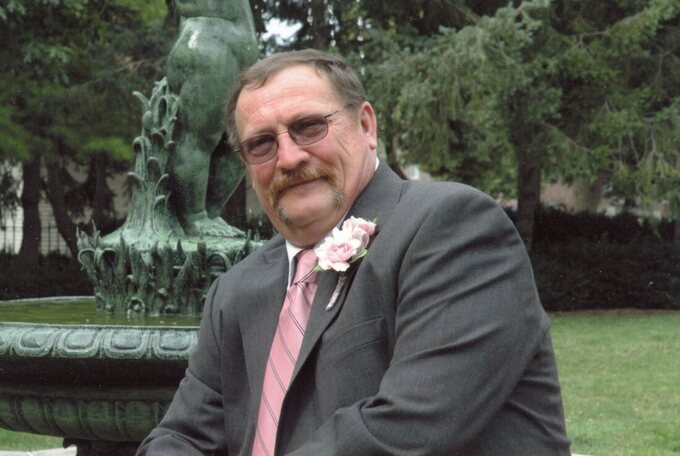 Larry D. Friesen, age 74, of Lincoln, NE died on Tuesday, July 26, 2022 in Lincoln. He was born May 26, 1948 to Clarence and Phyllis (Smith) Friesen in York, NE. He graduated from Henderson High School in 1966. He was proud of his athletic achievements in track and football. He served for 2 years in 1W at General Rose Hospital in Denver, CO. Larry was united in marriage to Cora Kay Peters in September 1968, and together they owned the Essen Haus restaurant in Henderson, NE. They later divorced. On July 8, 2006, Larry married Vera Ellen “Ellie” (Corderman) Rothfuss in Lincoln.

Larry was a member of the Bethesda Mennonite Church in Henderson and then in 2008 became a member of the First Mennonite Church in Lincoln. He was a member of the NAPE Union and was a union steward.  He installed irrigation systems and then went back to school at Central Community College to become a Registered Nurse. He worked as a nurse at HRC in Hastings, NE and LRC in Lincoln, NE and retired in 2008. Larry loved spending time on the water on his pontoon boat and loved to bass fish. He also enjoyed shooting blue rock, the Huskers, and making people laugh.

He was preceded in death by his parents, parents-in-law Harry and Sue Soderstrom, and brother-in-law Tom Soderstrom.
​
Funeral services are scheduled for 10:30 a.m., Monday, August 1, 2022 at First Mennonite Church, 7300 Holdrege St., Lincoln, NE, with the Reverend David Nickel officiating. Attendees are invited to wear their Husker attire, as Larry loved anything with the Huskers. Burial will be held at 2:00 p.m. at Bethesda Mennonite Cemetery, Henderson. A luncheon will follow the graveside service at the Bethesda Mennonite Church Fellowship Hall in Henderson. The family will greet friends on Sunday, from 3-5 p.m. at Metz Mortuary in York, and viewing will also be held one hour prior to the service. Memorials may be directed to First Mennonite Church in Lincoln.