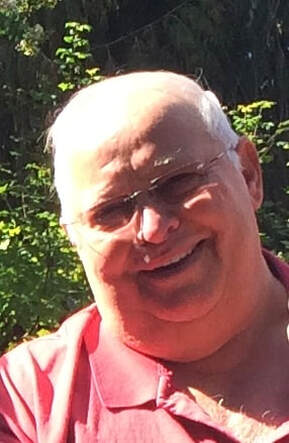 Ken D. Woods, age 75 of York, NE, passed away on Thursday, May 19, 2022. He was born on December 29, 1946 to Duane and Esther (Davis) Woods in St. Edward, NE. The family moved to Newport, NE when Ken was a very young child. He attended Newport Grade School through 8th grade and graduated from Rock County High School in 1965. He was drafted to serve in the United States Army in the spring of 1966, and honorably served in Vietnam, returning home to Newport in 1968. On July 20, 1969 he married Donna Christensen and to that union two children were born. Ken later moved to Sterling, CO where he was married to Sharon Hallmark on December 31, 1979.

Ken was a livestock broker and owned a trucking company, hauling livestock his entire adult life. In 2000, Ken purchased his dream home on the Mackenzie River in Vida, OR. His greatest love was fishing. He had several boats over the years, ending up with a fishing yacht that he kept in Puerto Vallarta. He loved his time spent down in Mexico. Nothing made him happier in his later years than chartering his boat or having friends and family go out with him fishing or for a bay cruise, if you couldn’t hack the open sea. Ken never met a stranger and when he wasn’t on his phone brokering a livestock load, he was chatting up a new “friend” he had just met.

He is survived by his wife of 42 years, Sharon Woods of York; children Vicki (Brian) Schmer of Omaha, NE, Rod (Holly)Woods of York; five grandchildren, Evan and Emily Schmer of Omaha and Beau, Kaylee and Hope Woods all of York, and step-granddaughter Cassie Sewald of Ft Collins, CO. Ken is also survived by his two sisters, Betty Derr of Ft Pierre, SD and Sherrie (Gary) Graham of Valentine, NE, as well as nieces and nephews.

He was preceded in death by his parents, step-daughter Kimberly Hallmark, and his sisters Peggy Stewart and Kathy Woods.

Memorial services are scheduled for 10:00 a.m., Thursday, June 2, 2022 at the Metz Chapel in York.  Private family inurnment will be at a later date. Military honors will be held at the mortuary after services. Memorials may be directed to the family for later designation.
​
​Condolences may be emailed to Metz Mortuary Messages will be given to the family.
Find our featured Mortuary in Family Services, Funeral Services and Grievance Services featured as a York, Nebraska Business in York Marketplace.
Location: Metz Mortuary | 109 South Lincoln Ave | York, Nebraska 68467 | Phone: 402-362-3351