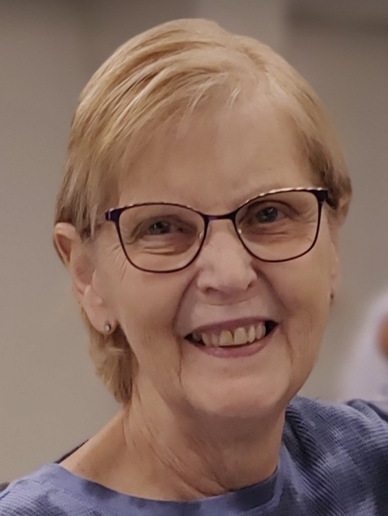 Kathy L. Dowty, age 67 of York, NE passed away peacefully surrounded by her family Saturday, January 21, 2023 in York. She was born October 12, 1955 in Grand Island, NE to Gordon and Glendora (Murray) Dimmitt. On March 2, 1974 she was married to David Dowty in Grand Island, NE.

Kathy worked at Triad in Alda, NE and then York College until her retirement. She loved spending time with her family going camping, attending get togethers, loved talking on the phone and snap chatting. She was an avid fan of the Kansas City Chiefs and Husker football. She was also a member of the Eagles Club in York.

She was preceded in death by her parents, brother Michael, parents-in-law Clarence and Alberta Dowty, brother-in-law Ed (Cheryl) Dowty and nephew Ed Dowty.

A Celebration of Life service will be held at a later date. Kathy has been cremated. No Viewing or visitation. Memorials may be directed to her family for later designation.
​
​Condolences may be emailed to Metz Mortuary Messages will be given to the family.
Find our featured Mortuary in Family Services, Funeral Services and Grievance Services featured as a York, Nebraska Business in York Marketplace.
Location: Metz Mortuary | 109 South Lincoln Ave | York, Nebraska 68467 | Phone: 402-362-3351