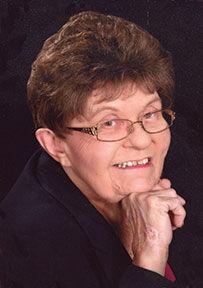 Kathleen was born Sept. 8, 1938 at St. Mary’s Hospital in Hastings, to Raymond and Lillie (Linder) Ochsner. She spent her childhood on the farm in Clay and York Counties. She graduated from Benedict High School and attended the Nebraska Business Institute in Lincoln.

She returned to York and married Leo G. Deprez on July 24, 1957 at St. Mary’s Church in Council Bluffs, Iowa. To this union three children were born. They enjoyed 59 years of marriage together.

Kathleen was employed by the Nebraska Department of Social Services for 34 years. She was a member of the York Business and Professional Women’s Club. She was a member of St. Joseph Catholic Church, Altar Society, Catholic Daughters of the Americas, and also sang in the church choir. She enjoyed going to bingo, the casino, and trying new foods. She also had a love of books, always keeping the library people busy.

She was preceded in death by her parents and her brother, Jerry.

A Mass of Christian Burial will be held at 10 a.m. on Wednesday, Aug. 17, 2016 at St. Joseph Catholic Church in York with Monsignor James Reinert officiating. Interment will follow at St. Joseph Cemetery, York.