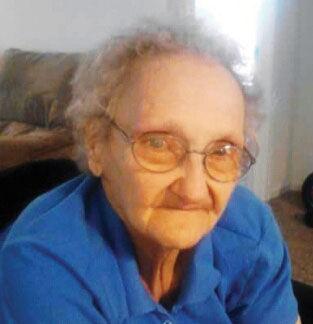 She was born April 5, 1938, in Merna to William Edward and Helen (Nesebaum) Rice. On Aug. 10, 1963 she married Dick Owen Nolan and to this union four children were born: Richard, John, Ronda and Cheryl.

Kathy is survived by her sons, Richard J. Nolan of Lincoln and John E. Nolan of York; daughters, Ronda S. Nolan of York and Cheryl L. Nolan of Carleton; grandchildren, Sarah L. Stearns, Britney K. Nolan and her husband Fenton Phan both of York, Carey J. Stearns of Beatrice and Chelsea M. Nolan of Booneville, Miss.; great-grandsons, Ethan E. Dodson of York and Samuel O. Phan of York; great-granddaughter, Madison G. Horn of Boonville, Miss.; and step great-grandsons, Braeden and Thomas Phan of York. She is also survived by her siblings, Ardith Mills of Wakefield, Jim Rice of Bayard, Charles (JoAnn) Rice of Bradshaw and Harold Rice of Minnesota. She is survived by several nieces, nephews, and good friends.

Funeral services will be held at 10 a.m., Wednesday, May 24, 2017 at Metz Chapel in York. Visitation will be held from 1 - 8 p.m., Monday, and then from 9 a.m. - 8 p.m. Tuesday with her family greeting friends from 6 - 7:30 p.m. Tuesday evening at the mortuary. Memorials may be directed to the family for later designation.
​
Condolences may be emailed to Metz Mortuary Messages will be given to the family.