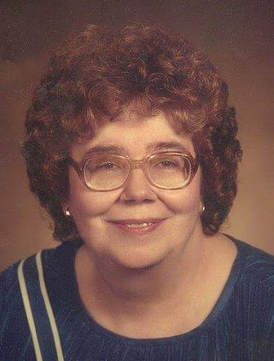 Julia Elizabeth Smithson was born to Ambrose and Winnifred (Lawrence) Stephenson on January 26, 1932, in lead, South Dakota. Julia passed away on August 9, 2018, in Central City, Nebraska. She attended elementary and high school in the lead Schools, graduating from high school in 1949. While attending Yankton College majoring in music education, she met Richard C. Smithson, to whom she was married June 30, 1951, at Christ Church Episcopal in Lead. She was also baptized and confirmed in this church. She and Richard lived in various places in South Dakota, Iowa and Nebraska during Richard's teaching career. Julia was employed as church secretary at Canyon lake Methodist Church in Rapid City, South Dakota, and subsequently worked at the First United Methodist Church in York, Nebraska, for 28 years.

Other than her family, her passions included music and the Daughters of the American Revolution, which she was a member for 65 years. She held a number of committee chairmanships in this organization culminating in being elected the office of State Regent in 1985 for a term of two years. Upon conclusion of this service, she was elected an Honorary State Regent followed by being named to serve on the National Resolutions Committee for several years.

Julia had been one of the organists for First United Methodist Church for 40 years before her retirement in 2010. She was the accompanist for many groups and soloists including the Yorkshire Playhouse productions. In partnership with Richard they presented many programs both in York and other sites.

She was also a member of the United Methodist Women serving in local offices, District offices and as the UMW Conference Vice-President for four years. Julia was also a 50 year member of Homestake Post American legion Auxiliary, Society of Black Hills Pioneers, the Smithsonian and Williamsburg Foundation. She was also an admiral in the Great Navy of Nebraska.

Julia was preceded in death by her husband, Richard; her parents, her mother and father in-law, a great- granddaughter, Angel Dreher; a grandson, Benjamin Smithson, and her brother-in-law, William Smithson.

Memorial services are scheduled for 11:00 a.m., Thursday, August 16, 2018 at the First United Methodist Church in York with the Reverend Art Phillips officiating. Private inurnment at Greenwood Cemetery, York.  Cremation.  No viewing or visitation. Memorials may be directed to the family for later designation.