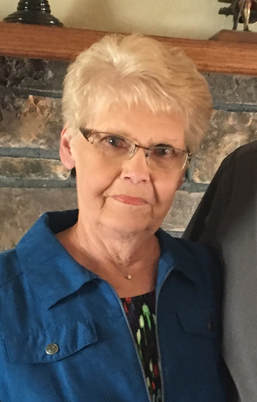 Judy was a secretary for the York Public School District for over 26 years.  She was a current member of the First Presbyterian Church at Sturgis, S.D. and a former member of the First Presbyterian Church in York.  She enjoyed playing golf, loved tinkering in her garden and growing flowers, visiting the casinos in S.D., and spending time with friends and family.  Her greatest joy were her grandchildren, attending their school programs, sporting events, and helping with their 4-H projects.

She is survived by her husband Dale of Summerset, S.D., son Gregg Adams also of Summerset, S.D., and her daughter Teri (Kent) Fickel of Utica, NE. Grandchildren include: Casey (Jeremy) Wurst and Malerie Packett all of Lincoln, NE, Regan Fickel and Kali Fickel both of Utica, NE.  Also left to cherish her memory is her sister Jeanie (Ted) Husar of Fremont, NE, nieces, nephews and a host of special friends.  Judy also leaves behind her beloved furry friends Reese, William, Johnny, and Sadie.

She was preceded in death by her parents, her brother Kenneth Thomson, and her sister Susan Palmer.

Funeral services are scheduled for 10:00 a.m., Saturday, June 16, 2018 at the First Presbyterian Church in York, NE with the Reverend Dr. Mike Eickhoff officiating.  Burial will be in Greenwood Cemetery in York.  Visitation will be from 1-8:00 p.m. on Friday, June 15 with her family greeting friends from 6-8:00 p.m. that same evening at the mortuary.  Memorials may be directed to her family for later designation.