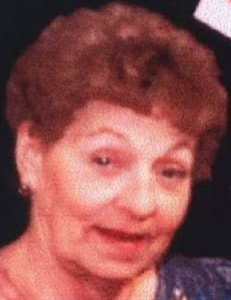 ​Joyce Marvelle (Morgan) Lucas, age 88 of Stromsburg, NE died Friday, June 24, 2022 at Stromsburg. She was born November 29, 1933 at Osceola, NE to LeRoy and Helen (Johnson) Morgan. On June 8, 1952, she was married to Dale Lynn Lucas at Osceola. Joyce was the owner and  operator of the Stromsburg Trailer Court at Stromsburg for over 30 years. She was a former Polk County Sheriff’s Office dispatcher. She and Dale previously owned the “Chat n’ Chow” bakery and café in Osceola, NE. They showed Appaloosa’s all over Nebraska and at World’s and loved fishing in Canada with cousins. Joyce also taught Sunday school and children’s evangelism.

She was preceded in death by her parents, husband Dale, grandson Matthew Lindsay, sister Jewell Helen Hanson and nephew Kevin Hanson.
​
Due to family illness and the heat, graveside services have been canceled. Private inurnment will be held at Stromsburg Cemetery. Cremation. No viewing or visitation. Memorials may be directed to her family at the Stromsburg Trailer Court.
​
Condolences may be emailed to Metz Mortuary Messages will be given to the family.
Find our featured Mortuary in Family Services, Funeral Services and Grievance Services featured as a York, Nebraska Business in York Marketplace.
Location: Metz Mortuary | 109 South Lincoln Ave | York, Nebraska 68467 | Phone: 402-362-3351