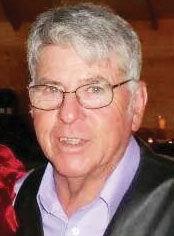 He was born May 21, 1939 at McCool Jct. to Thomas and Clara Belle (Stone) White. Joe and Connie Hofmann were united in marriage on May 21, 1959 at McCool Jct. They lived in McCool Jct. where they raised their four children, Doreen, Brian, Jeff and Ray. Joe was the longtime caretaker at Camp Kateri near McCool Jct. He was a member of St. Patrick’s Catholic Church in McCool Jct and the Elk’s Club in York. He enjoyed building things… any kind of woodcarving or welding project. He loved the outdoors, especially bow hunting and Native American art and history. Joe cherished his family and attended as many of their activities as he was able.

He is survived by his children, Doreen (Tom) Luethje of Bradshaw, Brian (Jackie) White, Jeff (Julie) White and Ray (Marilyn) White all of McCool Jct.; one brother, Thomas R. White of McCool Jct., and one sister, Lorraine (Dale) Green of McCool Jct.

Preceding him in death were his parents; wife; grandson, Ben White and two sisters, Carol Smith and Margaret George.

Memorials may be directed to Camp Kateri, St. Patrick’s Catholic Church, or to the family for later designation.​
Condolences may be emailed to Metz Mortuary Messages will be given to the family.