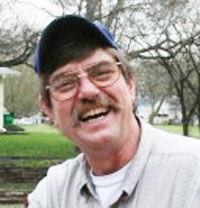 He was born June 6, 1955 in Heidelberg, Germany to George and Kathy (Mooney) Merklinger.

Joseph enjoyed working as a mechanic and was employed at Penner’s Tire Pro in York for the last five years. He took eight years out of automotive work to help out Nebraska Lutheran High School in Waco as the maintenance man. He enjoyed fishing, golfing and spending time with the grandkids.

In January of 2015 he was diagnosed with pancreatic cancer and fought a good fight, never giving up. He continued to work when he felt able and enjoyed seeing and helping everyone he could. On June 9, 1976 he was married to Jerri Ronnell in Plymouth and had two children, David and Sarah.

Also surviving are five grandchildren, Robert, Ellen and Patricia Merklinger and Sean and Eva Sullivan. His nieces include Christina Fraiser and Renee and her husband Matt Lauby; nephews include, Arron and his wife Shayna Fraiser, Jeffery and his wife Katie Fraiser and Trey Powell; six great-nieces, nephews and many cousins.

He was preceded in death by his parents-in-law, Robert and Ellen Ronnell; his brother, Steven; sister, Patricia Morris; brother-in-law, Donald Ronnell and his niece, Melissa Ronnell.

Funeral services will be held at 10 a.m. on Saturday, June 11, 2016 at the Bethel Lutheran Church in York with the Reverend Mark Haefner officiating. Private family interment will be held at a later date in Lincoln Memorial Park Cemetery in Lincoln. Visitation will be from 5 - 9 p.m. Thursday evening and then all day Friday from 9 a.m. – 9 p.m. at Metz Mortuary in York. The family will greet friends Friday evening between 6 – 8 p.m. Memorials are suggested to Adopt-A-Pet or the Avenue of Flags.​
Condolences may be emailed to Metz Mortuary Messages will be given to the family.