John Svehla
John Ray Svehla, 60, of Lincoln, passed away Tuesday, Nov. 21, 2017.
In keeping with John’s selfless and generous personality, it was his decision to be an organ donor.
He was born on May 18, 1957 to Ray and Anabel (Mytholar) Svehla and raised in York, where he graduated from high school. John went on to graduate from Nebraska Wesleyan University.
He married the love of his life, Karen (Lux) Svehla, on May 22, 1981. Together they were blessed with three children, Justin Svehla, Trent Svehla and Jessica (Brett) Nelson.
John owned and operated NSure Agency for over 35 years. He was a member of the Independent Agents of Nebraska, a TeamMates mentor, and a member of St. Mark’s United Methodist Church.
John excelled as an athlete and enjoyed playing baseball throughout his life. He was selected as a baseball All-American by both the National Coaches Association All-American team and the McDonald’s All-American team. John was inducted into the Nebraska Wesleyan University Sports Hall of Fame for baseball and football. John was also a nine-time all-state semi-pro baseball player and was the 1988 Nebraska semi-pro Player of the Year. John will be inducted into the Nebraska Baseball Hall of Fame in February, 2018.
He enjoyed being outdoors and doing activities such as hiking, yard work and bird watching. John’s greatest joys in life were his wife and family.
John is survived by his wife, Karen L. Svehla; three children, Justin Svehla of Wichita, Kan., Trent Svehla of Omaha and Jessica (Brett) Nelson of Orlando, Fla.; three sisters, Cheryl (Tom) Seib of Lincoln, Jean (Stuart) Macdonald of Melbourne, Fla., and Karen (Terry) Olin of Omaha; and many nieces and nephews.
He is preceded in death by his parents, Ray and Anabel Svehla.
Memorial services will be held Wednesday, Nov. 29, 2017, at 11 a.m., at St. Mark’s United Methodist Church, 8550 Pioneers Blvd., in Lincoln. The family will greet relatives and friends immediately following the service at St. Mark’s United Methodist Church. In lieu of flowers or plants, memorials may be made to the family for further designation.
Condolences may be emailed to Metz Mortuary Messages will be given to the family. 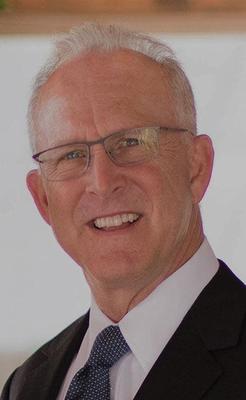