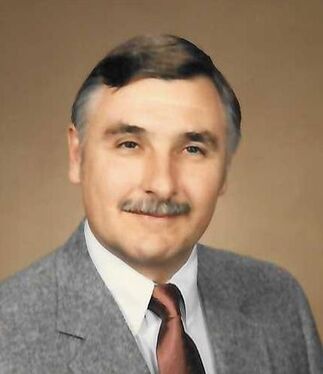 fromJohn Bryan Lott, DDS, age 77 of York, NE, died Tuesday, June 21, 2022  n in York.  He was born April 27,1945, to Bryan F. Lott, DVM and Ruth M. (Stapleton) Lott in York, NE. John graduated from York High School in 1963. He attended Iowa State University and the University of Nebraska-Lincoln prior to being accepted into the University of Nebraska College of Dentistry graduating in 1972 with a Doctor of Dental Surgery. Before returning to York, he served in the United States Navy Dental Core at Great Lakes Naval Base, Chicago, IL. He held Life Memberships in the American and Nebraska Dental Associations, Past-President of the Nebraska Dental Central District, member of Woodbury Gold Foil Study Club, Mid-Nebraska Orthodontics Study Club, Charter member and Past President of the Sunrise Sertoma Club, member of the Congregational Church, First United Methodist Church and was currently attending Arbor Drive Community Church.
​
John enjoyed following the markets while on his computer, highlight of his summer was planning and going to Canada on his annual fishing trips, attending Nebraska football and basketball games, spending time with family and the Friday Night Social Club with friends Galen and Judy Gocke, Noel and Joyce Frisbie.

John was married to Jackie A. Furst, children: Abbie A. Burk and Katie R Comer. On December 27,1987 he was united in marriage to Jane I. Hartman.

He was preceded in death by his parents, father-in-law, and mother-in-law Morgan (Deb) and Phyllis Hartman, niece Heidi Lott, DVM.
​
Funeral services will be at 10:30 AM Saturday, June 25,2022 at Arbor Drive Community Church, York with Pastor Jon Hawkins officiating. Burial with Military Honors will follow at Greenwood Cemetery in York. Visitation will be held from 1-8 PM on Friday at the mortuary and from  9-10 AM prior to the service at the church. Memorials maybe directed to the family for later designations.