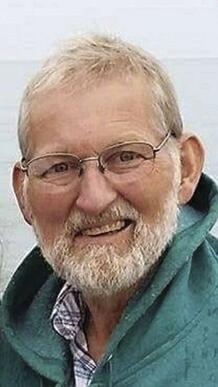 On June 9, 1978 he was united in marriage to Paula Chapman and to this union they were blessed with three daughters, Amanda, Bridget and Lindsey. After 20 years of marriage they parted ways. He spent the remaining years of his life with his significant other Kathy Wiemer.

John worked at Tenneco Manufacturing in Seward for 30 years, and was a member of the Gresham Presbyterian Church. He enjoyed raising poultry and cattle, and had a love for animals, gardening, hunting, and canning.

He was the superintendent of the York County Poultry Division.

He is survived by his daughters, Amanda (Joel) Cast of Hebron, Bridget (Dilan) Michel of Lincoln and Lindsey (Josh) Williams of Ashland and his significant other, Kathy Wiemer of Gresham. John is also survived by his father, Lindley Kessler of York; sister, Jeanne (Kevin) Blum of Benedict; grandchildren, Dahrran, MacKenzie, Kaitlynn, Addysen and Emmerson Cast all of Hebron. He is also survived by his step-children, Mindy and Stacy McCandless of Seattle, Wash., Alysson Meyer of Grand Island, Jessica Wiemer of Lincoln and Jacob Wiemer of Gresham; step-grandchildren, Jaylin McCandless along with Hannah and Logunn Meyer, along with several nieces and a nephew.

He is preceded in death by his mother.

Funeral services will be held at 10 a.m., Friday, Jan. 20, 2017 at the Gresham First United Presbyterian Church with the Reverend John Nellessen officiating. Interment will follow at the Cedar Lawn Cemetery in Gresham. Visitation will be from 5 – 8 p.m. Wednesday Jan. 18, 2017 and from 9 a.m. – 8 p.m. on Thursday, Jan. 19 at the mortuary, with the family greeting friends Thursday evening between the hours of 6 – 7:30 p.m.