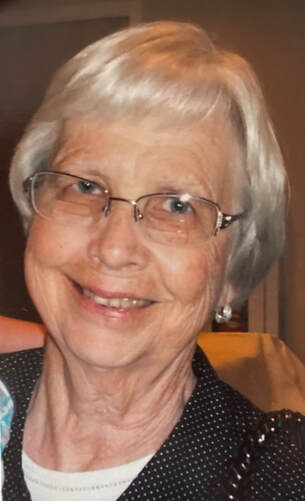 JoAnne graduated from Benedict High School in 1950, where she was valedictorian of her class.  She attended York College and taught school at Osceola Public Schools.  Aside from teaching she worked alongside her husband Willard, helping with the farming operation.  The Zion Lutheran Church meant a lot to her, where she proudly played the organ for over 25 years. In addition, she taught Sunday school, was a member of WELCA, and an altar committee chairman.  JoAnne also belonged to the Pitch and Chatter Club.  She enjoyed her family and friends, going to her grandchildren’s activities, and had the most beautiful flowers.

She is preceded in death by her husband, parents, sister, three brother-in-laws, two nephews and in-laws.

​Funeral Services will be held at 10:00 a.m., Saturday, January 28, 2023 at First Evangelical Lutheran Church in York with the Reverend Rob Garton officiating. Interment will follow in Pleasant Hill Cemetery west of Benedict. Visitation will be held 1-8:00 pm Friday at the mortuary in York. Memorials are suggested to the First Evangelical Lutheran Church or The Benedict Voice or to her family for later designation.
​
​Condolences may be emailed to Metz Mortuary Messages will be given to the family.
Find our featured Mortuary in Family Services, Funeral Services and Grievance Services featured as a York, Nebraska Business in York Marketplace.
Location: Metz Mortuary | 109 South Lincoln Ave | York, Nebraska 68467 | Phone: 402-362-3351