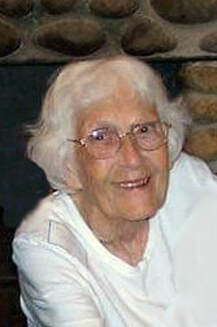 Joan R. Smith, age 91, of York, NE died Wednesday, December 5, 2018 at York. She was born May 19, 1927 in Lincoln, NE to Leonard and Esther (Wilhoft) Strasburg. Joan was a former telephone operator, but also worked as a Nurses Aid at the Henderson Hospital and nursing home for many years. But mostly  Joan was a stay at home mom where she enjoyed quilting, afghans, canning food and reading. But most of all she enjoyed being at home with her family.

She is survived by her sons: George (Harriett) Smith of Portland, OR, Michael Smith of York, and Jeffrey Smith of North Platte, NE. Daughters: Linda (John) Smith of McCool Jct., Diane (Bill) Koenig of McMinnville, OR, and Cindy Adkins of York. She is also survived by 19 grandchildren 35 great-grandchildren, along with her sisters Lois Pullins of Grant Pass, OR, Cleo Skinner of Hordville, NE, Katherine Bardsley of Grant Pass, OR, and Rachel Dahl and friend Noble Kauhane of Merlin,  Oregon.   Along with several cousins, nieces and nephews.

She was preceded in death by her parents, former husband Alfred L., two brothers, and two sisters.

Memorial services are scheduled for 2:00 PM Tuesday, December 11, 2018 at the Metz Chapel in York. Private family inurnment will be held at a later date. There will be no viewing or visitation as it was Joan’s wishes to be cremated. Memorials may be directed to Alzheimer’s Research.