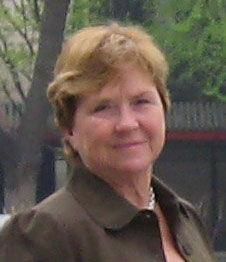 Jo Ella Prather Kite passed quietly from this life during the afternoon of April 29, 2017. Her husband, Terry, was in the room with her. She had contended with cancer for almost three years.

Jo was born in Muenster, Texas, Jan. 26, 1943, to Anna (Jones) and Gideon C Prather. She grew up on an oil lease near Saint Jo, Texas, and attended school in Saint Jo. She and Terry (Terence Kite) met when they were in school together. They were married on Jan. 27, 1962, and were together for more than 55 years.

She attended college in Denton, Texas, Kearney and Ypsilanti, Mich., to earn a bachelor's degree in Home Economics. She was a certified Red Cross Water Safety Instructor Trainer. She and Terry moved to York to teach at York College in 1967. She taught Home Economics and swimming. She became one of the Deans of Students at YC. She earned a Master's Degree from the University of Wyoming, and got almost finished with a Doctor's degree in Higher Education at Montana State University. While in Laramie, Wyoming, her two sons were born. Her year 1974 was spent in Paris, France, taking care of two little boys, while her husband had a post-doctoral appointment.

In 1987, she and Terry moved from York to Malibu, Calif., to work at Pepperdine University. She was the Director of Intra-murals and Recreational Sports for 15 years. They were stationed as the visiting faculty for two years in Buenos Aires, Argentina. She was the director of a site for Pepperdine's Graziadio School of Business and Management until moving back to York to work at YC in 2012.

Jo enjoyed water of any form: frozen for skiing, liquid for swimming, or just seeing and feeling it. She taught many beginners how to swim. One of her greatest joys was teaching an older person how to swim. She loved people and spent much time and effort helping them have better lives.

She was preceded in death by her parents; brother, Jimmy and son Jason. She is survived by her husband; sister, Virginia Wood and husband Glenn of Broken Arrow, Okla.; son, Derek (Valerie) Kite, of Lubbock, Texas along with their five grandchildren Jacob, Shealyn, Andrew, Caroline and Evelyn.
​
Memorial services are scheduled for 2 p.m., Saturday, May 6, 2017 at the East Hill Church of Christ. Memorials may be directed to the Jason Kite 3+2 Engineering Program.