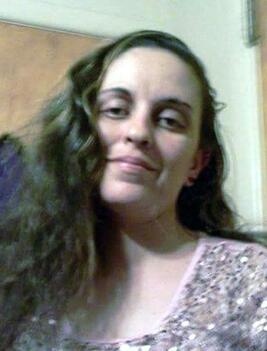 She passed away on Jan. 15, 2017 at the age of 30 at the home of her sister, Cynthia, which had become her sanctuary in her last months of battling cancer.

Jessica was an energetic, happy little girl growing up. She was adventurous and made friends easily. Jessica graduated from Granite Hills High School in San Diego. As a child and teenager, Jessica enjoyed going to the beach, going to museums and zoos and to Sea World. She loved living by the ocean and missed it from her first days in Nebraska.

As a young adult, Jessica was happy and excited to become a mother to Donald Ray Ficken in 2004 and Geoffrey Blade Ficken one year later. She moved to Henderson in 2012 to live near her sister, Cynthia.

Jessica had her daughter, Andromeda Alta Huhn in 2014. Andromeda, like her mother, is “sassy” and strong-willed, yet very lovable to those close to her. Ace Cage Huhn was born in June, 2016 and was Jessica’s “miracle baby”. Born premature, Ace is a fighter and thrived for 3 months in the NICU in Lincoln. About a month after Ace was born, Jessica was diagnosed with stage 4 colon cancer during her three month stay at Bryan East hospital in Lincoln.

Like her son, Jessica fought hard in her last months, enduring  through her pain and chemotherapy. She lived with her sister, Cynthia, who loved and cared for her until the end of Jessica’s earthly life.

Memorial services will be held at 2 p.m. Saturday, Jan. 28, 2017 at the Mennonite Brethren Church in Henderson with the Reverend Luke Haidle officiating. Private family inurnment at a later time. Jessica has been cremated so there will be no viewing or visitation. Memorials may be directed to the family for later designation.​