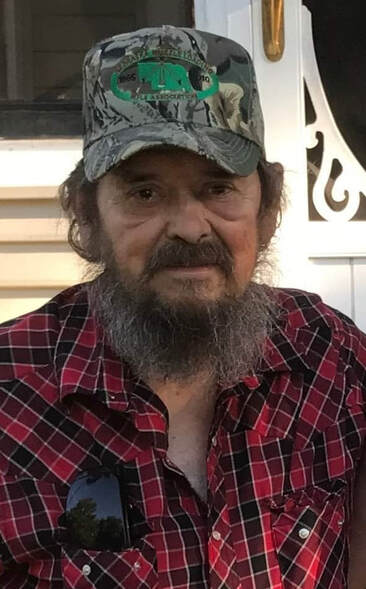 Jerry “Jake Two Feathers” Grosor, age 78, of Bradshaw, Nebraska entered the loving arms of Jesus at CHI Health St. Elizabeth in Lincoln, Nebraska on Friday, March 4, 2022 with his beloved Susan at his side.

Jerry Grosor was born on April 29, 1943 to Herb and Ruth (Sherwood) Grosor in York, Nebraska.  Jerry received his education in York.  It was while he was attending York High School when he met the love of his life, Susan Goodridge.  When they first met, she thought he was a skinny little loudmouth and Jerry thought Susan was a square.  That quickly changed.  After dating during their senior years in high school, Jerry asked Susan to be his bride.  They were married at the Emmanuel Lutheran Church in York during a snowstorm on November 19, 1961.  The couple began their lives together in York where they welcomed their first daughter, Kris, a few years after.  The couple later moved to Bradshaw and had a second daughter, Debbie.

Early in their marriage, Jerry worked at Penner’s Tire.  When they moved to Bradshaw, Jerry was working at York Packing Company.  Jerry also served on the Bradshaw Volunteer Fire Department.  To help supplement the family income, Jerry began creating home décor and knick knacks out of wood while Susan knitted and crocheted blankets and toys out of yarn.  Their venture was called “Lazy Lady Crafts”.  Many weekends were spent setting up at craft shows.  Jerry had a genuine love and talent towards working with wood.  He would see something in a window or a magazine and then go home and make it.

In late 1970, Jerry took Susan and their girls to their first muzzle loading rendezvous in Doniphan.  Jerry fell in love of the ways and stories of the mountain man.  He was instantly hooked on muzzle loading.  He grew a beard, acquired enough deerskins to make a pair of buckskin pants, and learned the mountain man way of life.  Jerry joined the Nebraska Muzzle Loaders Rifle Association.  He spent countless weekends at the NMLRA range helping with work parties and developing lifelong friendships.  He was known to his muzzle loading friends as Jake Two Feathers, as there were two feathers in the hat he always wore to rendezvous.

Jerry developed a love for fishing when he was a young boy through his many fishing adventures with his grandfather.  Jerry would often take Susan and the girls out fishing.  He made sure his girls knew how to bait their own hooks, cast the line out far, reel it back in, and take their own fish off the hook.  He taught his girls minor automobile repairs, how to read a tape measure, and how to properly shoot a gun . . . And actually hit what you were aiming at.

Jerry faced a major setback in 1984 where he was diagnosed with a right frontal lobe arteriovenous malformation (AVM).  Jerry and Susan had to travel to the Mayo Clinic in Rochester, Minnesota to meet a world-renowned neurosurgeon who would consent to remove the AVM from Jerry’s brain.  After the surgery, even though Jerry had significant limitations, his recovery was far greater than his surgical team could have dreamt.  Jerry attempted to return to work at his job at York Pack, but had to retire early due to disabilities resulting from the AVM removal.

Even though he was living with physical limitations, Jerry still found ways to do the things he loved.  He found a johnboat he could get in an out of the back of his truck so he could continue to go fishing whenever he wanted.  Any day he could cast his line in the water was a good day.  Jerry walked both of his daughters down the aisle at their weddings.  Jerry also learned the art of Blacksmithing from a close friend.  He continued to go to muzzle loading rendezvous.  Jerry created “Jake Two Feathers Trading Post” to help supply his friends with any items they might need during rendezvous from firearm parts to a stuffed animal for a child.  Jerry was a proud member of the “Two” brigade, a group comprised of muzzle loading friends whose mountain man names had the word “Two” in them.  Jerry loved going to rendezvous, meeting new people and seeing old friends, and mentoring those who were new to the ways of the mountain man.  The name Jake Two Feathers is well known throughout the muzzle loading community and highly respected.

“Think where man’s glory most begins and ends.
And say my glory was I had such friends”
Funeral services are scheduled for 2:00 pm, Wednesday, March 9, 2022 at the Bradshaw United Methodist Church in Bradshaw with the Reverend Michelle Reed officiating. Burial will follow in Plainfield Cemetery west of Bradshaw. Visitation will be held from 1-8 pm on Tuesday with his family greeting friends from 6-7:30 pm that evening, all at the mortuary. Memorials may be directed to the family for later designation. The service will be livestreamed on the Bradshaw United Methodist Church Facebook Page.