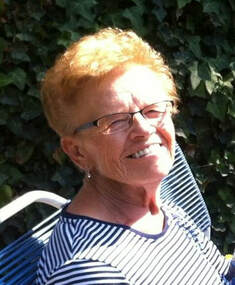 Jennie enjoyed family and friends, working outside (especially on her lawn and flower garden), roughhousing with her grandchildren, and great-granddaughter, and numerous hobbies. Jennie was a collector of a variety of things, and was also something of a car enthusiast.

She is preceded in death by husband Wayne A. Peters, husband Albert Kliewer, brothers-in-law Virgil Erb and Ron Kasper, parents Gus and Nettie Friesen, parents-in-law Arnold and Lenora Peters, a step-son, and several other cousins and extended family members.