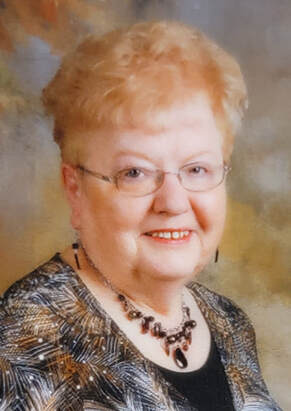 She graduated from Schuyler Central High School in 1957. Jean received her Master’s Degree in teaching in 1974. Jean was a grade school teacher at Dist #11 in Schuyler, Dist #1 in Richland and McCool Jct., NE. She was a member of the Emmanuel Lutheran Church in York, and belonged to the Nebraska Czechs of York, Lutheran Women’s Missionary League, the Alpha Delta Kappa Sorority, the York Senior Center, and York Fun Club. Jean was an avid traveler, enjoyed square dancing and loved to cook, especially kolaches and dumplings. She loved to listen to polkas and to play the piano and the accordion.

Jean was preceded in death by her parents, two husbands, her brother David, and two step-grandchildren.

Funeral services are scheduled for 10:00 a.m., Wednesday, April 20, 2022, at Emmanuel Lutheran Church in York with the Reverend Ben Kaiser officiating. Interment will follow at the Plainfield Cemetery in Bradshaw, NE. Visitation will be held from 1-8 p.m. Tuesday, with the family greeting friends from 6-7:30 p.m. that evening, all at Metz Mortuary.  Memorials may be directed to the family for later designation. ​