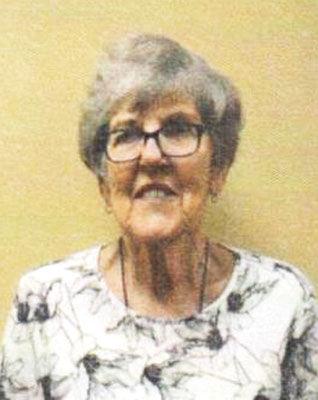 Jean was born Aug. 9, 1931 at the family’s home in rural York County to Frank and Helen (Binger) Waldron. She attended District  #69 country school through the 8th grade and graduated from York High School in 1948. Jean was united in marriage to R. Arnold Sandall on Aug. 28, 1949 in York.

She and Arnie built a home northwest of York and raised their five children on this place. Jean assisted Arnie on the farm until his death in 1975. She then began working in the York Public School system in the office of the Superintendent. Her career spanned 26 years and in 2001, she retired. She then began volunteering at the York County Food Pantry until 2014.

Jean was a member of the First Evangelical Lutheran Church for over sixty years where she held several offices and served on numerous committees. She enjoyed time spent with her children, grandchildren and great-grandchildren and traveling with her family. She was well known and respected throughout York County for her many years of service to the community through the school system and the food pantry.

Jean was preceded in death by her parents; both husbands; brother and sister-in-law, Joe and June Waldron; sister-in-law, Dolores Waldron and brother in-law, Bill Hannum.

Funeral services will be held at 2 p.m. on Thursday, Oct. 20, 2016 at the First Evangelical Lutheran Church in York with the Reverend Bud Christensen officiating. Burial will be in the Bethesda Lutheran Cemetery west of York. Visitation will be from 5-8 p.m. Tuesday and from 9 a.m. – 8 p.m. on Wednesday at the mortuary with the family greeting friends from 6:30 - 7:30 p.m. Wednesday evening. In lieu of flowers, memorials may be directed to the York Food Pantry or to the Bethesda Lutheran Cemetery.​