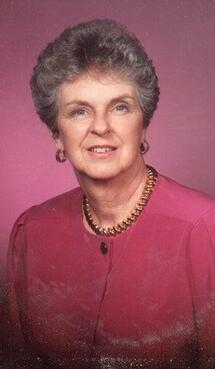 Janet Louise Savery, 84, of Lincoln, passed away on Oct. 27 at The Monarch following a brief illness.

Janet was born on Aug. 25, 1932 in York to Henry and Molly Haberman, the youngest of nine children. She adored her older brothers and sisters and was the beloved baby of the family. She graduated from York High School in 1950 and married her high school sweetheart, Norman T. Savery on June 17, 1951. They celebrated 60 years together before his death in 2011.

In 1959, the couple moved to Crete after purchasing Crete Floral. Janet worked side by side with Norm in the business until they sold it in 1975. They moved to West Point in 1986 and eventually retired to Lincoln.  Janet and Norm were the parents of three children, son Kelly and daughters Patricia and Susan. She was a long-time member of the United Methodist Church and P.E.O. Chapter CS-DK. Janet was a woman of faith, and showed great strength to her family who surrounded her during the last days of her life.