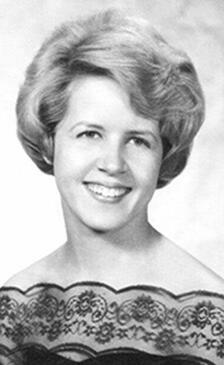 Janet Frances Ratzlaff, age 71 years, 102 days, & one solar eclipse, of York, died, Tuesday Aug. 22, 2017 at Lincoln.
She was born on May 2, 1946 in York to Donald and Vivian (Johnson) McCall. She graduated from St. Joseph High School in 1964, and attended Joseph Beauty School in Grand Island. On July 24, 1966, she was united in marriage to Ronald Ratzlaff at St. Joseph Catholic Church in York and on their 50th anniversary renewed their vows at Lancaster Manor.

Above all Jan was a mom, and an outstanding one. She loved her family and friends immensely, and loved preparing family get togethers (expect 12 and cook for 20) is what she really took pride in. She was a member of St. Joseph Catholic Church and the church choir. She was also a member of the Catholic Daughters Society. She was a gracious “Friend of the Library”. She really loved reading and belonged to several book clubs. Going to the movie theatre, gardening, her flowers, going out for a coke with a friend, and yelling ‘BINGO!’ brought her great joy. Taking care of and always being there for her family and following her children’s and grandchildren’s activities. She was previously employed at the York Printing & Binding, and also at Dale Electronic.

Jan is survived by her husband, Ron of York; daughter, Diane (Travis Hoover) Ratzlaff of Lincoln; sons, Dennis Ratzlaff of York and Thomas (Leah) Ratzlaff of Hastings; grandchildren, Gage Hoover and Téa Hoover and McKain, Charles and Peter Ratzlaff and great-grandchildren, Ruby Becher and Victor Hoover. She is also survived by her sisters, Mary Lee McCall of Parker, Colo., Linda (Kenny) Myers of Holmsville and Loretta (Terry) Ratzlaff of Auburn; sisters-in-law, Jackie Kaspari of Lincoln, Dorothy McCall of York and Shirley McCall of York; brother-in-law, Sanford (Pam) Ratzlaff of Benedict as well as her dear friends, Deb Turner, of Townhattan, Kan., Terry and Darlene Moore, of Cascade, Idaho and Steve Long of California. She is also survived by several nieces, nephews and cousins and her beloved cat Jack.