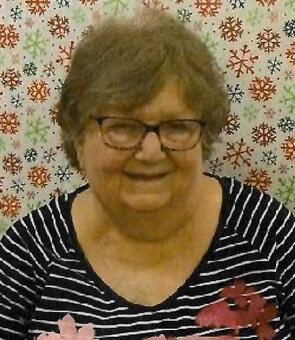 Janet L. Lansden, age 78 of York, NE, died Sunday, July 10, 2022, in York. She was born on June 6, 1944 to Aurice and Evelyn Chambers. Janet was one of two children of the couple. Janet graduated from York High School in 1962. On August 12, 1962, she was united in marriage to Ivan Lansden. Janet and Ivan had no children of their own, but shared the love of their union to all those around them.

Janet enjoyed her crafting with silk flowers, and decorating their home with her creations. If not crafting, you could find her playing the organ to her hearts content. In her early days of assisted living, she would be down in the commons area playing the piano and/or organ.

The people of York remember seeing Ivan and Janet on their nightly cruises throughout York. Windows down, music playing and their dog sitting on their laps, would be the usual sight. If you were out in the yard, they would always stop for a chat. Janet will always be remembered for her love of jewelry. You never saw her without at least three rings, earrings, bracelets and her watch. The more glitz and glam, the better. Bingo day at the Hearthstone was always enjoyed by her anticipation of winning more jewelry.

Janet was preceded in death by her husband Ivan, parents Aurice and Evelyn Chambers, infant brother Larry Dean Chambers, grandparents Hazel and Roy Watson, Anderson and Sarah Chambers, Uncle Ralph Watson and wife Vivian, parents-in-law Claude Lansden and Willette McConnell, sister-in-law Sharon Hiett, and brothers-in-law Harold Hiett and James Thompson. Surviving family members are cousins, Ronald Watson and wife, Velma of Utica, and Gale Watson and wife, Penny, also of Utica, and their families, sister-in-law Janice Thompson of Garland, and many nieces and nephews.
​
Funeral services are scheduled for 10:00 a.m., Monday, July 18, 2022, at Metz Chapel in York, with the Reverend Dr. Michael Eickhoff officiating. Burial will follow at Greenwood Cemetery in York. Visitation will be held from 1 to 8p.m., Sunday, at Metz Mortuary. Memorials may be directed to Hearthstone activities.