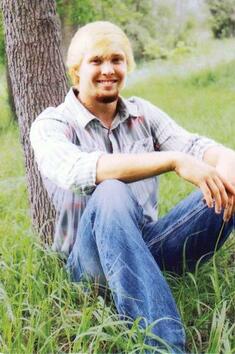 JJ was a student at York High School where he excelled in football, wrestling and soccer and had been recruited by Hastings College to play football next year. JJ was also involved with FFA. He was a member of St. Joseph Catholic Church in York.

Left to cherish his memory are his parents and brother Jayden of York; grandparents, Larry and Janie Weverka of Sargent, aunts, uncles, cousins and a host of friends.

He was preceded in death by his paternal grandparents and two great-aunts.

Funeral services will be held at 10 a.m. Monday, Feb. 2, 2015 at St. Joseph Catholic Church in York with the Reverend Monsignor James Reinert officiating. Interment will follow in St. Joseph Cemetery, York, Neb. Closed casket visitation will be Sunday from 5-9 p.m. at St. Joseph with a Rosary at 5:30 p.m. The family will greet friends following the Rosary. In lieu of flowers, memorials may be directed to the family for later designation.​
Condolences may be emailed to Metz Mortuary Messages will be given to the family.