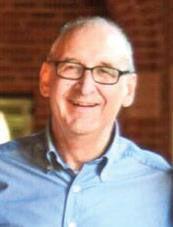 He was born Oct. 3, 1953 in North Platte to Gerald and Eunice (Wiegert) Winchell. James and Debra Arterburn were united in marriage on Aug. 14, 1977 in McCook. This union was blessed with two children, Todd James and Sara Diane.

In 1979, Jim began his career in the electrical industry at NPPD in York. He continued his career at Perennial Public Power in 1999, most recently as the Manager of Customer Service. Volunteering and helping others was a way of life for Jim. He was active at Emmanuel Lutheran Church, Sertoma, TeamMates, the Chamber, along with many other organizations. He loved working in the yard, traveling, attending auctions, playing sports, officiating ball games, and many additional hobbies.  His true joy was spending quality time with his family (especially his grandbabies) and friends.

Jim was preceded in death by his parents.

Funeral services will be held at 2 p.m., Tuesday, Sept. 27, 2016 at Emmanuel Lutheran Church in York. Interment will follow in York’s Greenwood Cemetery. Visitation will be from 1-8 p.m. Sunday and from 9 a.m. – 9 p.m. Monday at the mortuary.  The family will be present to greet friends Monday evening from 6-8 p.m.

Memorials may be directed to the ALS Association, the Cystic Fibrosis Foundation, or Emmanuel Lutheran Church.​